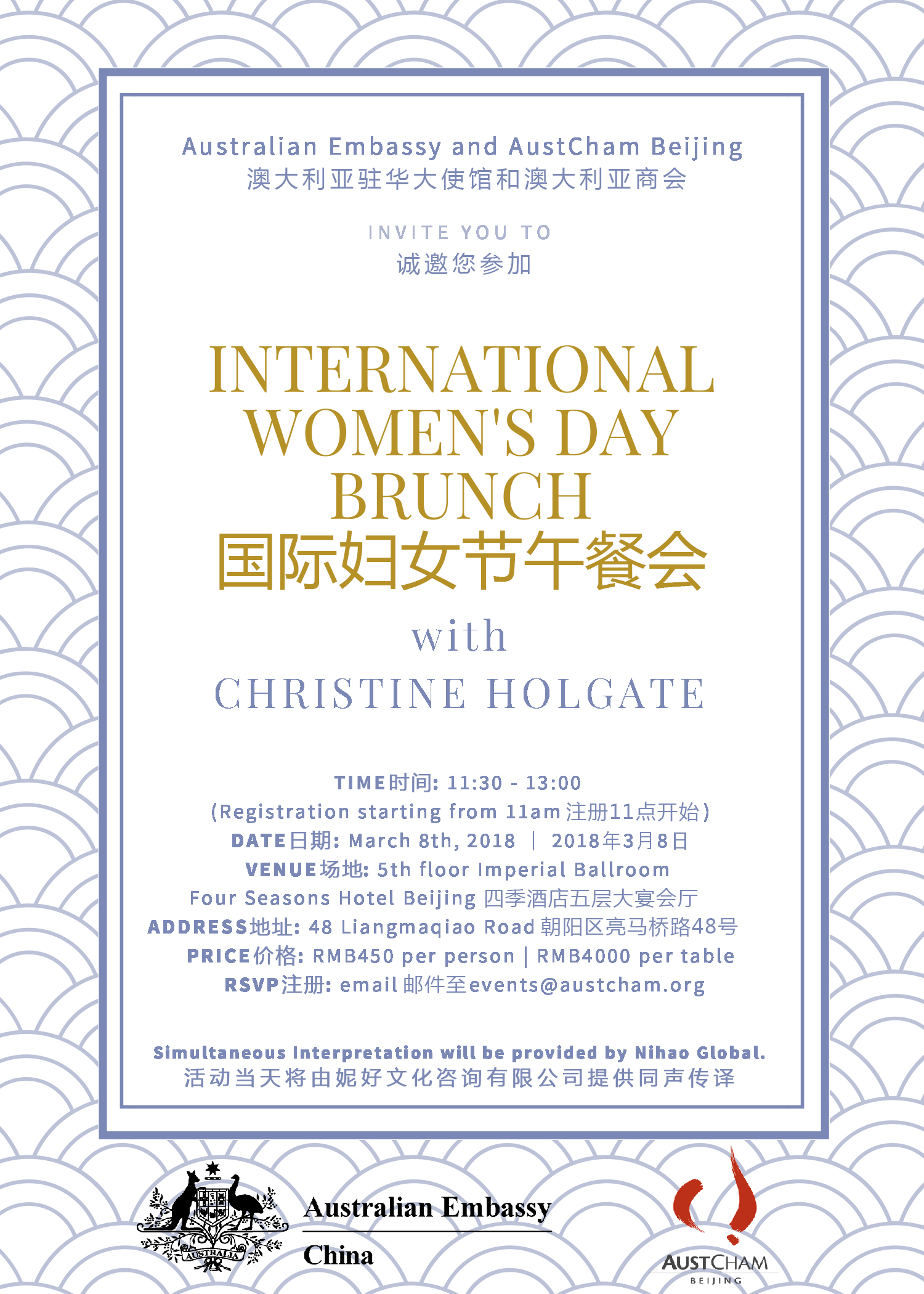 On Thursday, 8 March, AustCham Beijing in partnership with the Australian Embassy hosted an International Women’s Day Brunch at the Four Seasons Hotel Beijing, paying tribute to the achievements – politically, socially and economically – of women. We were honored to have Australian Ambassador to the People’s Republic of China, H.E. Jan Adams AO PSM host the brunch with Christine Holgate, Managing Director & Group CEO, Australia Post, in conversation with CGTN Business News Anchor, Cheng Lei. It was clear that CH’s messages about women in leadership resonated with audience. As keynote speaker, Christine Holgate in her 1-on-1discussions with CGTN anchor Cheng Lei shed light on her previous tenure at the helm of Blackmore’s and the role that men have played in getting to where she is now. Ms.Holgate also stressed the importance of greater female representation in areas that have traditionally been male dominated. Cathryn Hlavka was the AustCham representative, and talked about her personal experiences with in ensuring female empowerment.

AustCham Beijing would like to extend their thanks to all who attended this years International Women’s Day Brunch.