Post-Event Update | Connecting to the Growth of China’s Internet 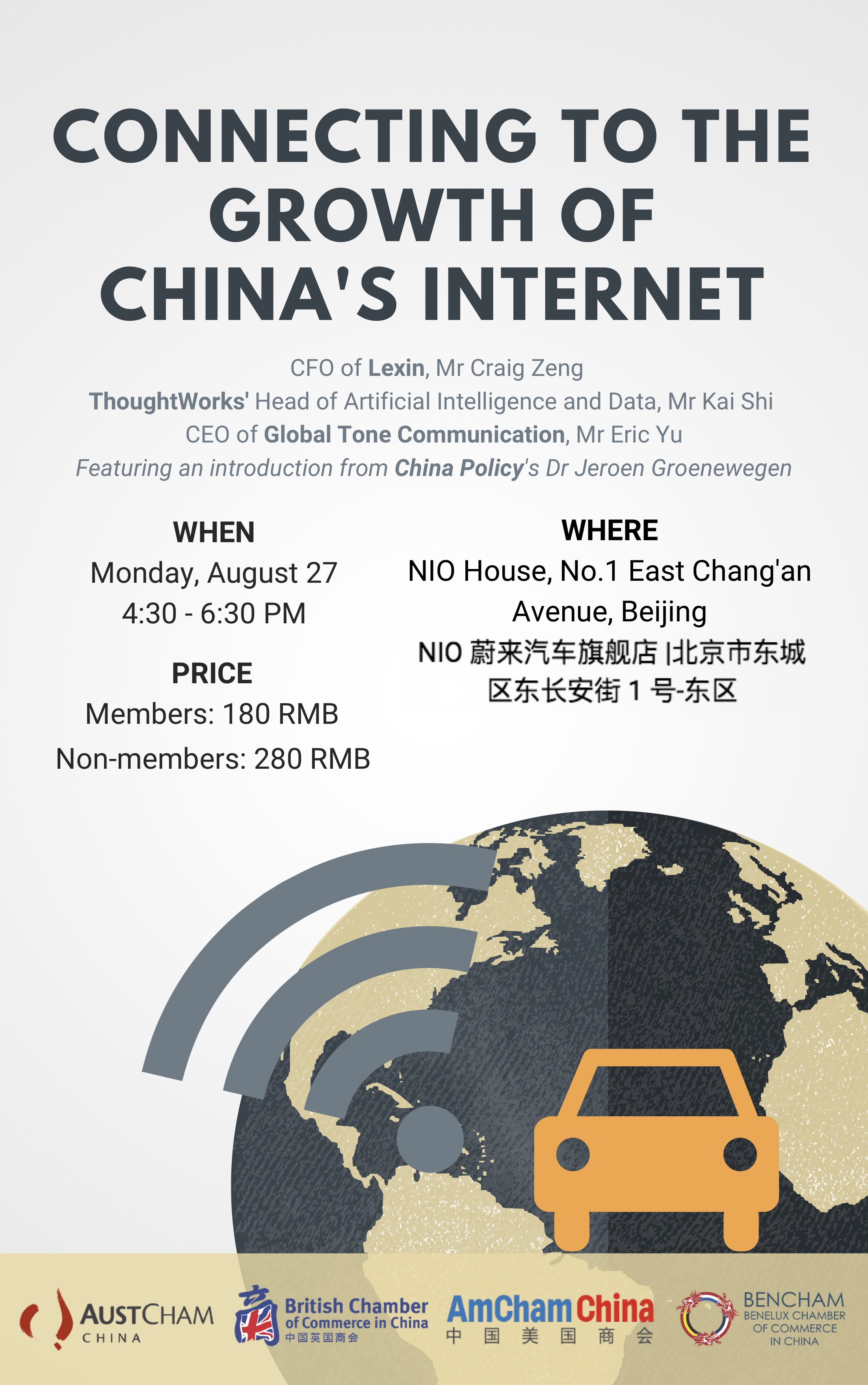 Last night, AustCham Beijing hosted “Connecting to the Growth of China’s Internet”, a seminar providing updates and discussion of China’s internet situation now and into the future.

The event was organised in conjunction with the American (AmCham), British (BritCham) and Benelux (BenCham) Chambers of Commerce in China at the innovative NIO House, and attracted over 70 guests.

A huge thank you to our special guest speakers, the CEO of GTCOM Eric Yu, the CFO of Lexin Craig Zeng, ThoughtWorks’ Head of AI Kai Shi, and Jeroen Groenewegen from China Policy, who participated in an engaging discussion about big data, AI and government policy and the implications for their companies. The Chinese National Government set “becoming an internet powerhouse” as a state goal in October 2015. While newly released documents such as the China Internet Report 2018 demonstrates significant potential for internet infrastructure growth and a strong demand to improve the current internet penetration rate of 55%, no top-level roadmap has emerged.

This event provides members with relevant information on China’s current and future internet situation. It will inform members about the practical experiences of using China’s internet, where leading organisations and think tanks believe China internet policy might go, and how organisations use the internet for innovation. This will be an English language event.

The event be hosted will host a range of speakers:

This event will also feature a welcome from hosts and premium innovative electric vehicle manufacturer and designer NIO (蔚来汽车) and an introduction from China Policy’s Research Manager for Science and Innovation Dr Jeroen Groenewegen.

Speakers will each do a short presentation followed by a Q&A with opportunities for networking and drinks.

Attendees are required to RSVP for entry