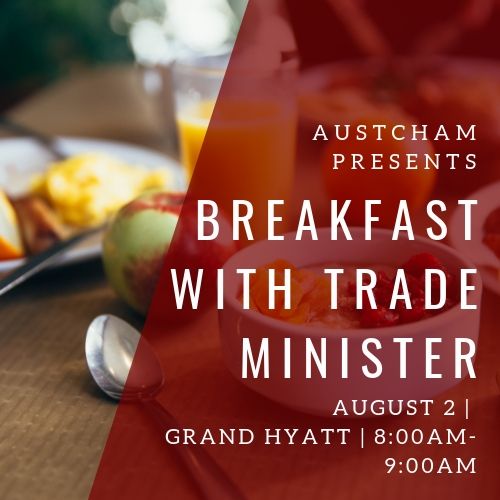 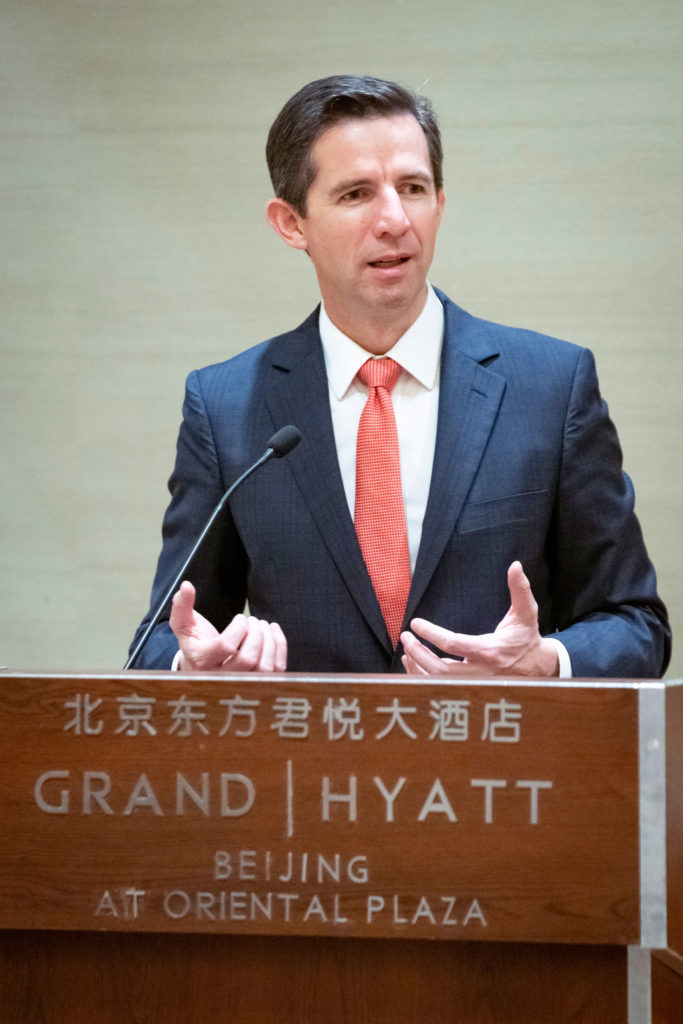 On Friday, August 2nd, AustCham was honoured to host a breakfast for Senator the Hon. Simon Birmingham, Australian Minister for Trade, Tourism and Investment. The guests, including Ambassador-designate to the People’s Republic of China, Mr. Graham Fletcher, were treated to a delicious breakfast by the Grand Hyatt Beijing. A full room was in attendance, showcasing the breadth of support from China’s business and government communities.

Minister Birmingham spoke of the Australia-China trade relationship and the growing opportunities for investment and cooperation. His presentation highlighted the healthy trade relationship, which has been bolstered by the ChAFTA (China-Australia Free Trade Agreement). The Minister also discussed the importance and progress with regard to the Regional Comprehensive Economic Partnership (RCEP).

The Minister also canvased other facets of the bilateral relationship, including the growing relationship between our academic communities with over 10,000 collaborative 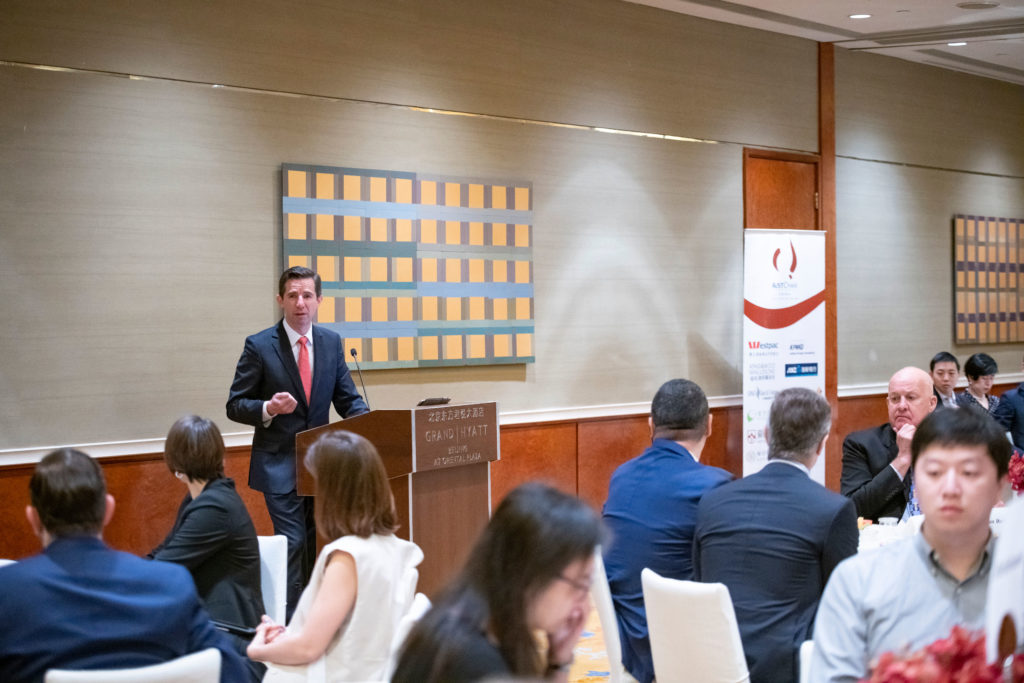 scientific research papers published by Australian and Chinese academics in 2017, and how Australian wine imports have become the top choice by Chinese consumers.

There was also a lively Q&A, giving attendees the opportunity to ask the Minister directly his perspective on a range of topics.

We thank the Minister for his time and hope to see many of you at our next great AustCham event.

On August 2nd AustCham will be hosting a Breakfast with the Australian Minister for Trade, Tourism and Investment, Senator the Hon Simon Birmingham.

To mark Minister Birmingham’s visit to Beijing for the Regional Comprehensive Economic Partnership (RCEP) Ministerial Meeting, AustCham Beijing is welcoming members to hear from the Minister on the Australian-China trade relationship and the growing opportunities for investment and cooperation between the two nations.

RSVP: Send your RSVP to events@austcham.org

Simon Birmingham has served as a Liberal Party Senator for South Australia since May 2007 and in August 2018 was appointed to the position of Minister for Trade, Tourism and Investment as well as Deputy Leader of the Government in the Senate.

Simon grew up near Gawler in Adelaide’s north on his family’s small horse agistment property and was educated at local schools before going on to study at the University of Adelaide where he completed a Masters of Business Administration.

Prior to entering the Senate, Simon worked for a number of industry bodies, establishing particular experience in the wine, tourism and hospitality sectors – industries that are critical to South Australia’s prosperity.

After less than three years in the Senate Simon was appointed to the Shadow Ministry, serving as Shadow Parliamentary Secretary for the Murray-Darling Basin and the Environment until the 2013 election.

Following the change of government in 2013 Simon served as Parliamentary Secretary to the Minister for the Environment, with responsibility for water policy, including the Murray-Darling Basin, National Parks and the Bureau of Meteorology. In 2014 Simon was appointed to serve as the Assistant Minister for Education and Training in the Abbott Ministry, with specific responsibility for vocational education, apprenticeships, training and skills. In September 2015 he was appointed as a Cabinet minister into the position of Minister for Education and Training.

He is married to Courtney and has two young daughters, Matilda and Amelia. Simon is an active supporter of the Parliamentary Association for UNICEF.